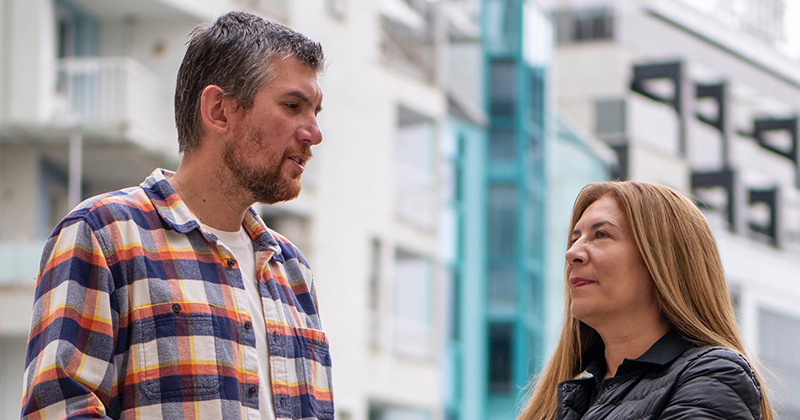 Direct Media Kres is happy to announce our new Digital Creative Director. And because his connection to the agency is more than unusual, we decided to introduce him with an excerpt from his long conversation with Stani.

We have worked in one team at KRES for over 10 years. With what color would you depict this period? And what font would you use to type it?

-It must be some sort of gradient, and the font will be serif, with a strong hesitation in the proportions.

What did the media have to be at that time?

During 2014 you did a film for your art teacher, which we all watched at the House of Cinema. Why did you decide to do a film about him?

-Because of the values and spirit, which he has and passes on to his students. I have huge respect for him.

In what form would you describe the period after leaving KRES? Why?

-A bean, which had already sprouted. During those 7 years there were a lot of new beginnings, a lot of challenges and a lot of emotions.

If you would do a movie about the last 5 years of your life, what would you call it?

What is the picture today? What does the world look like?

-Contradictory, unclear. The world is disconnected.

You are now the Digital Creative Director at Direct Media KRES? In what color do you see the future here? And in what form?

-Like a slice of kiwi (my daughter’s favorite fruit), there are so many small opportunities, from which something large can be born.

Ivan Gakov is the new digital creative director at Direct Media KRES, who except design, loves photography, creates music, and aims to be a good parent. Ivan returns inspired for a new beginning, new ideas, songs, and awards.

Stanislava Ivkova is the creative director of Direct Media KRES for over 20 years now. She also writes, gives lectures, leads seminars in expressive and therapeutic writing and a lot more. A few years ago she published her book with a very recognizable cover- created by Ivan himself.