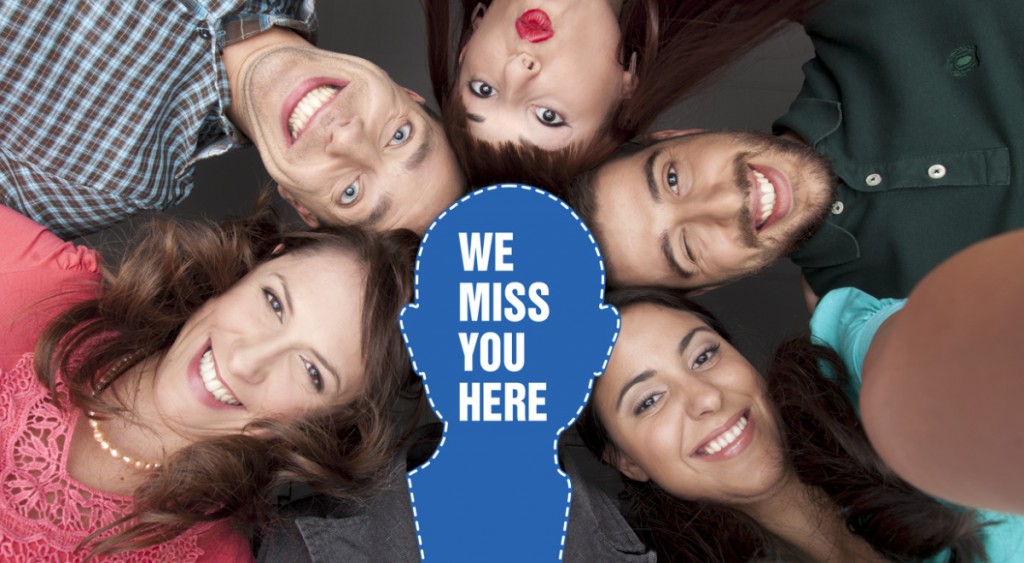 ‘At our center, the happy people work’, the managers at 60k informed us on our first meeting.

‘There are happy people at a call center?!’, we thought to ourselves.

But facts turned our doubts around. In the process of working together we realized what a cool team we’re dealing with. Just as united and ready for challenges as was described in the brief.

60k is one of the call centers, which is yet to gain popularity in the country. Except for a center in Sofia, they are opening new headquarters in Plovdiv. They called us, because they felt the need of a surge in CVs coming in the mail. Deal.

Of our three options they picked out their favorite one right at the presentation. We chose this fad amongst youngsters, the group “selfies”, or as we correctly translated them at the office – “mencheta”. Come on, BAS, the ball is in your court!

So, why selfies? Our target were those people, who most often look for jobs at call centers – students, young people from all over the country, who don’t have a single day of experience, and cannot dispose of their time as they please. We decided to show that at 60k they will find good working conditions, a team, with which they share a common language (or more, it’s an international call center) and fun. That last one is completely serious – just look at their Facebook page. It’s all picnics and table football tournaments.

As soon as we got a green light, we immediately called Daniel Lekov, the lord of the lens. He and a representative part of our team shot selfies for more than 8 hours with the guys at 60k. In any other case we would have hired professional models and sets, but when we have such a team at hand, it would have been just wrong. And we stand by the principle that at the end advertising should show the truth, and here we were right on the same page, line and word with 60k.

During the photo shoot our models were very excited, not without reason. Only a few days after their faces would be all over the capital and Plovdiv – from citylights to buses. But the excitement didn’t hinder them from finishing the task with great professionalism and a lot of willingness, just as they deal with their day-to-day tasks at work.

The only one not smiling was Mr. Lekov’s assistant, who played the role of the blue silhouette. Special thanks to the guy! 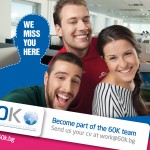 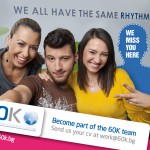 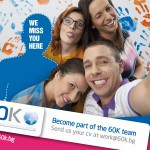 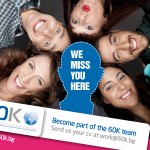 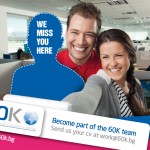